Our project “Academic Laboratory Rooms” aims to fully refurbish two laboratory rooms at an Academic Faculty in Thessaloniki, which was built in the 1950’s and hadn’t been renovated since. Those rooms are both for teaching and for experiments with chemicals and dyes.

Since most of the buildings in the complex had been constructed in the 1950s, the modernistic aesthetics of that era is quite strong throughout all the spaces, it was very crucial to us to preserve and integrate this aesthetics in our proposal, but also to introduce new characteristics in order for the new space to fully meet its contemporary needs and necessary technical requirements.

The colour palette used throughout the two rooms, as well as the rather strict lines of the new furniture, refer to the original design aesthetics but in a more contemporary perspective. Some valuable antique pieces, such as old microscopes and scales, have been retained and re used. Of course, the efficiency of the rooms is a very crucial part of the design, so all the above, are combined with contemporary technology and advanced materials. The laboratory equipment is integrated to the design and become part of the space and new furniture.

The two laboratory rooms have been designed according to similar principles and materials, nevertheless they have their own identity and ‘vibe’, created by the different colors and furniture design used in each room.

It was also important to us to redefine the modern student – teacher relationship, which we believe is not so stiff and distant anymore but more relaxed. This was the reason for removing the elevated teachers desks and deςsigning the new ones at the same level as the students’.

Another vital aspect of our design was the thematic mural we created at the large laboratory room which was a gesture that makes the space more friendly and modern. 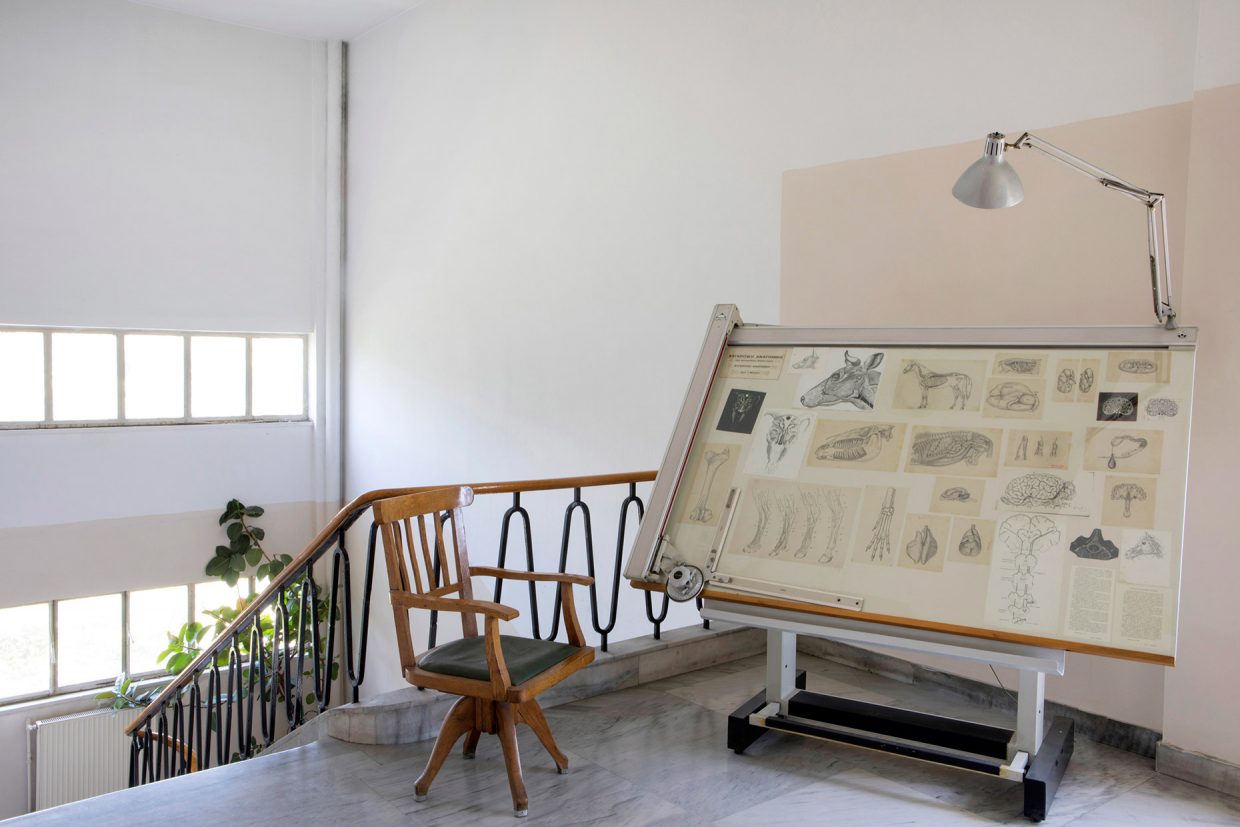 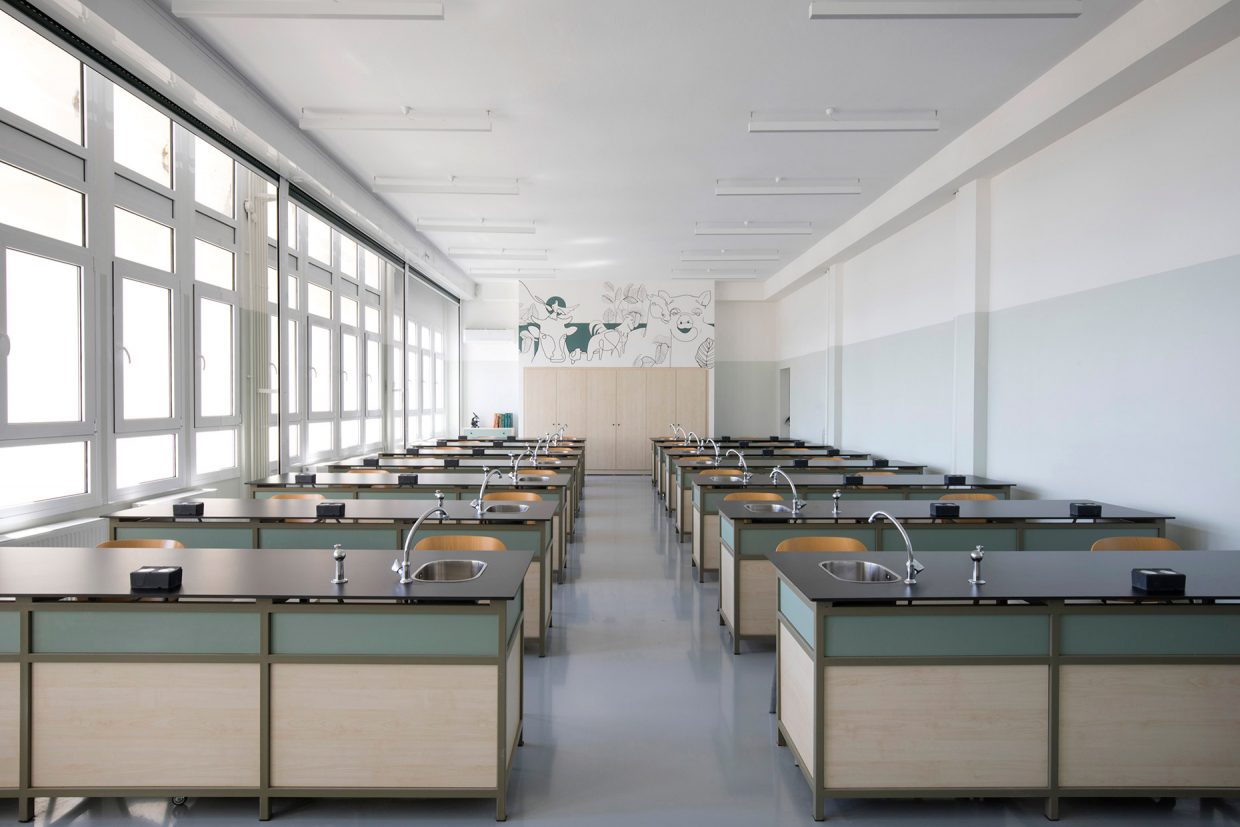 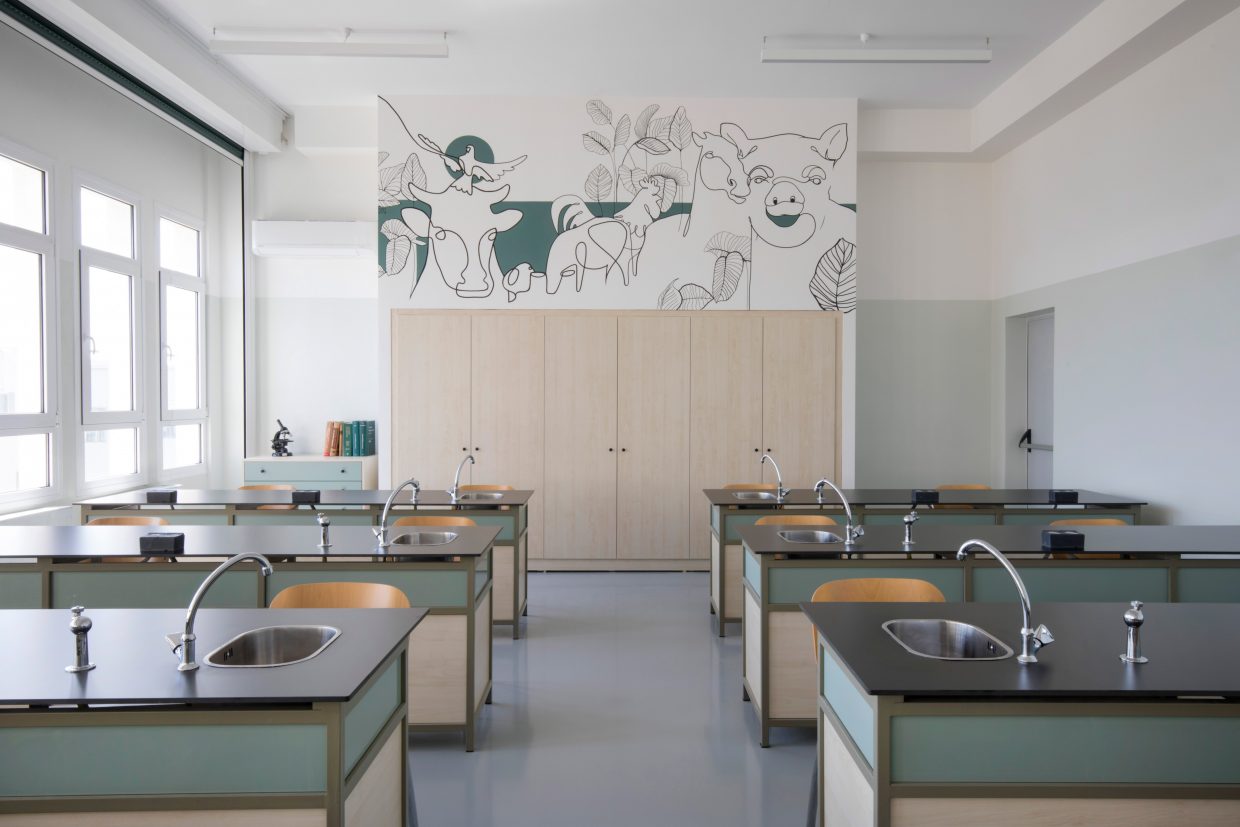 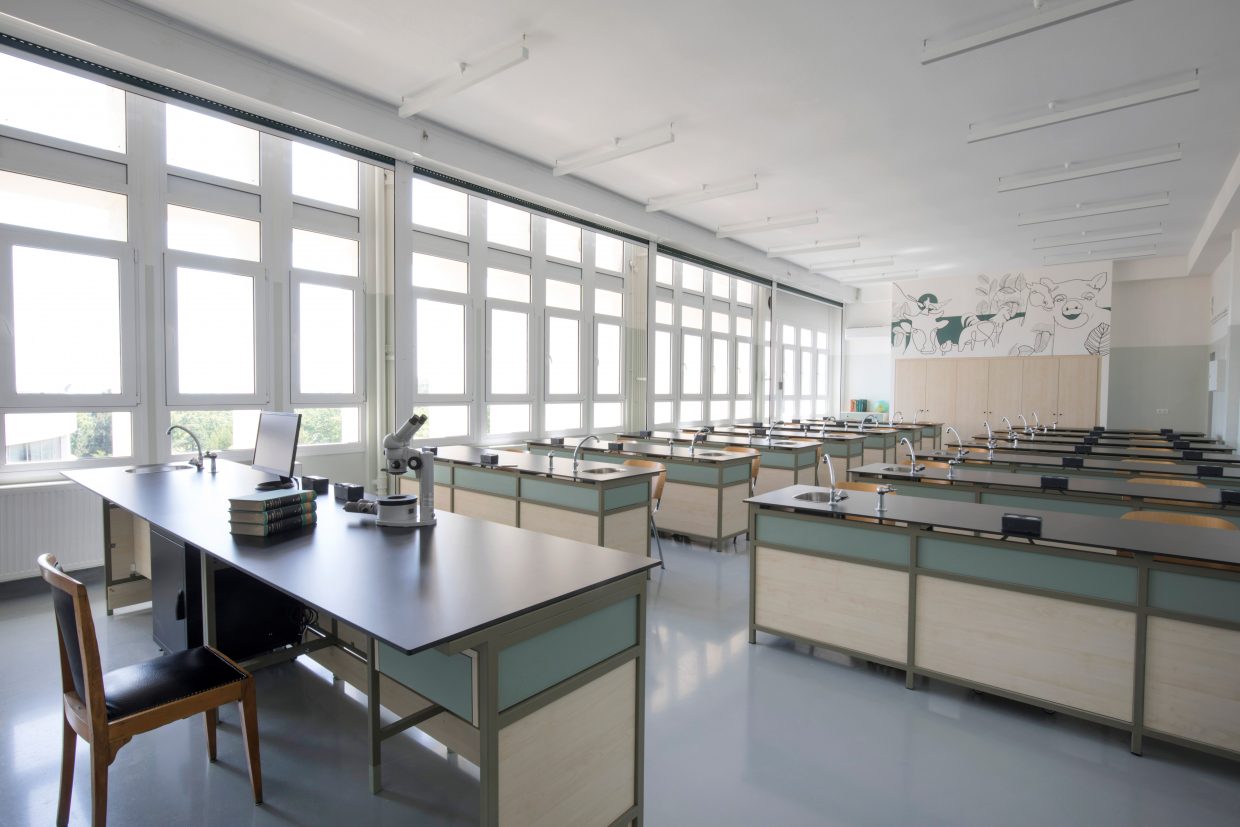 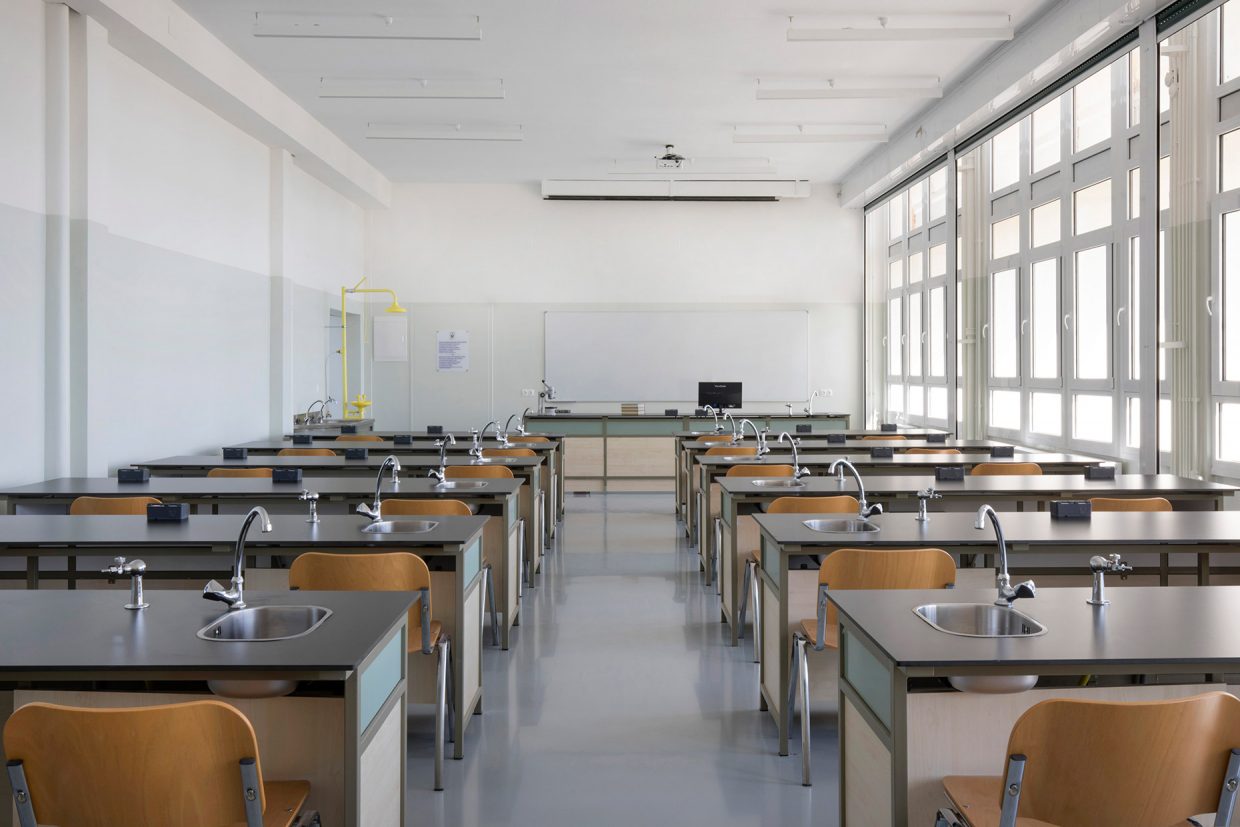 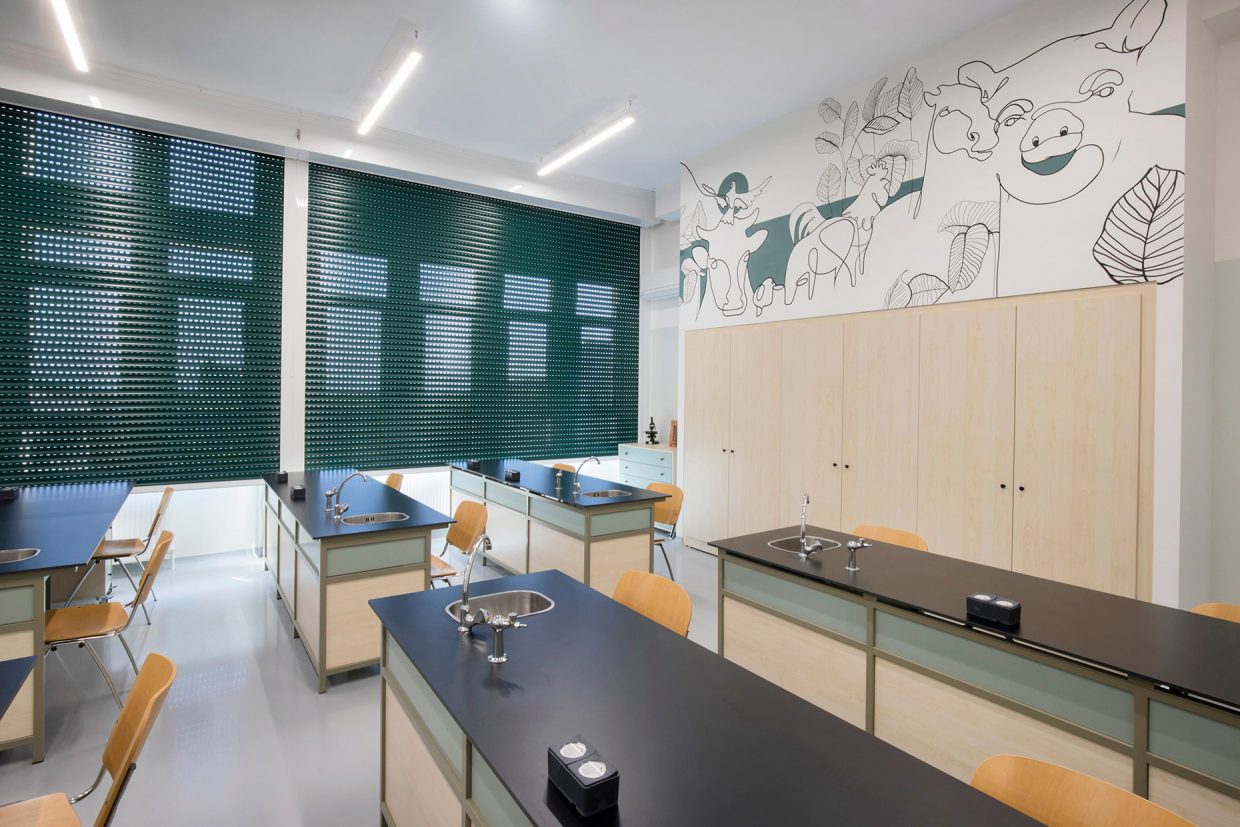 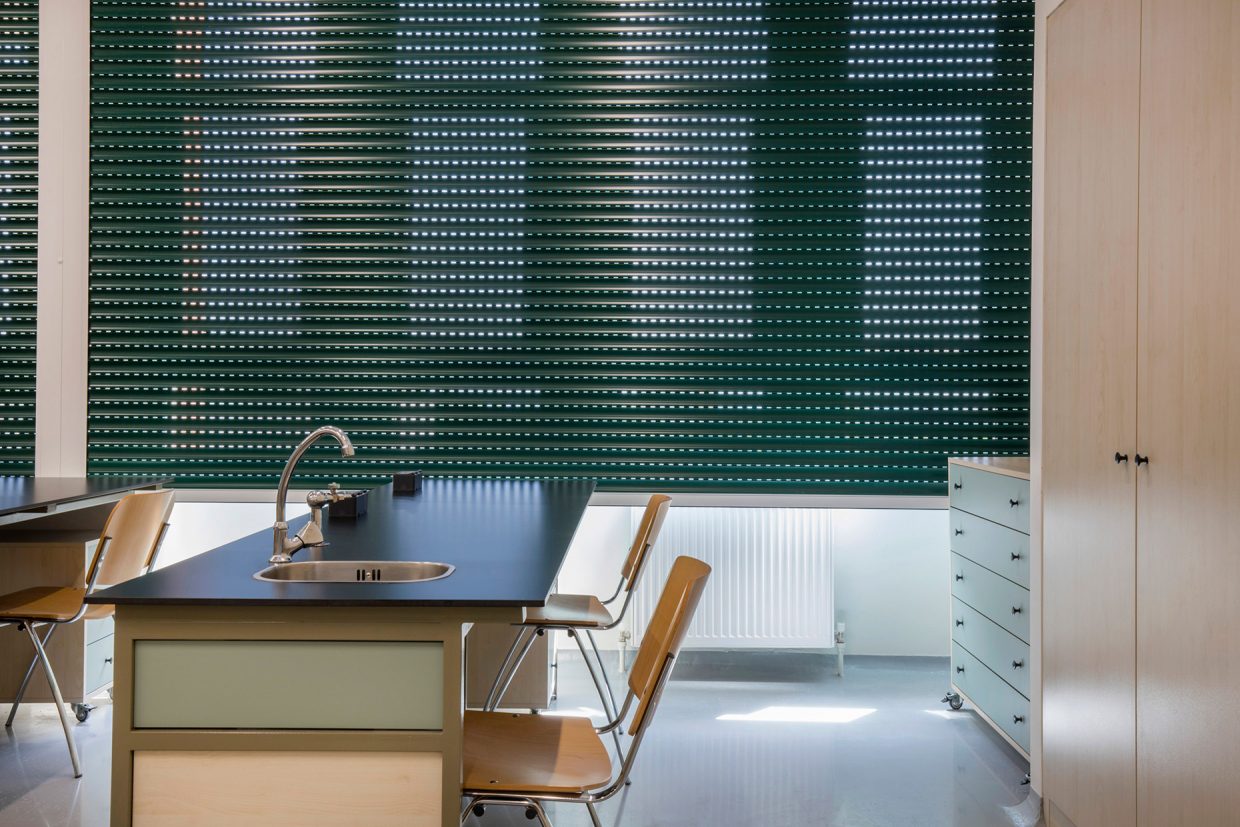 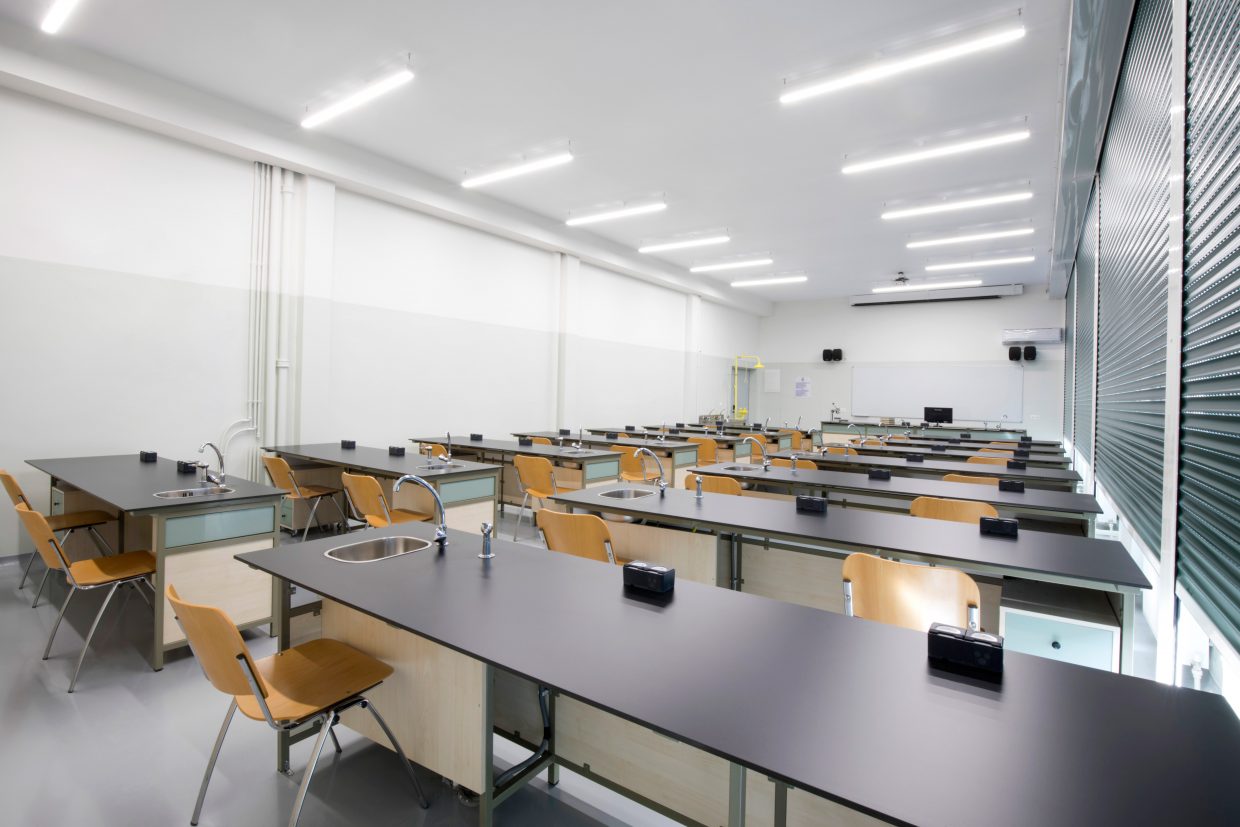 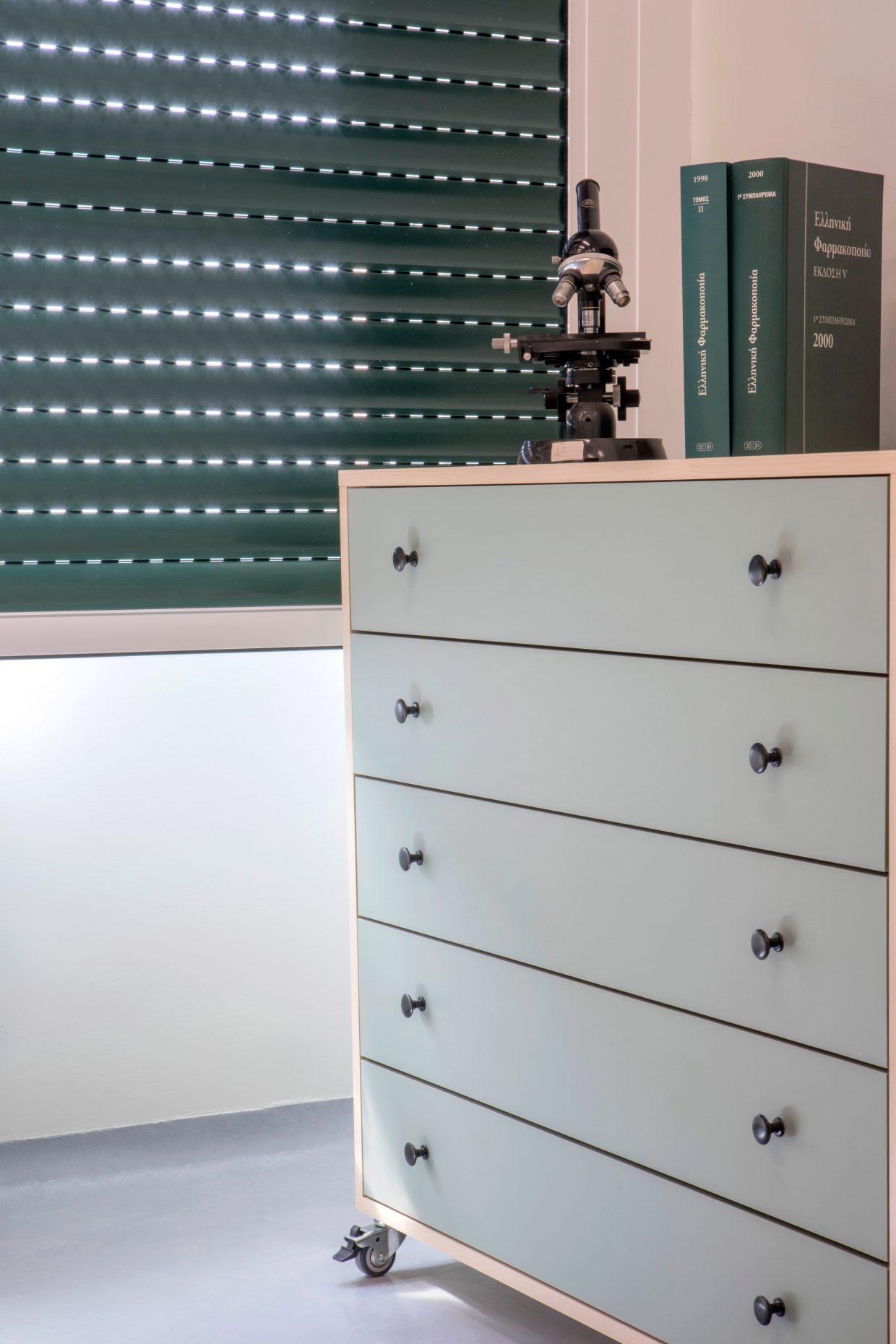 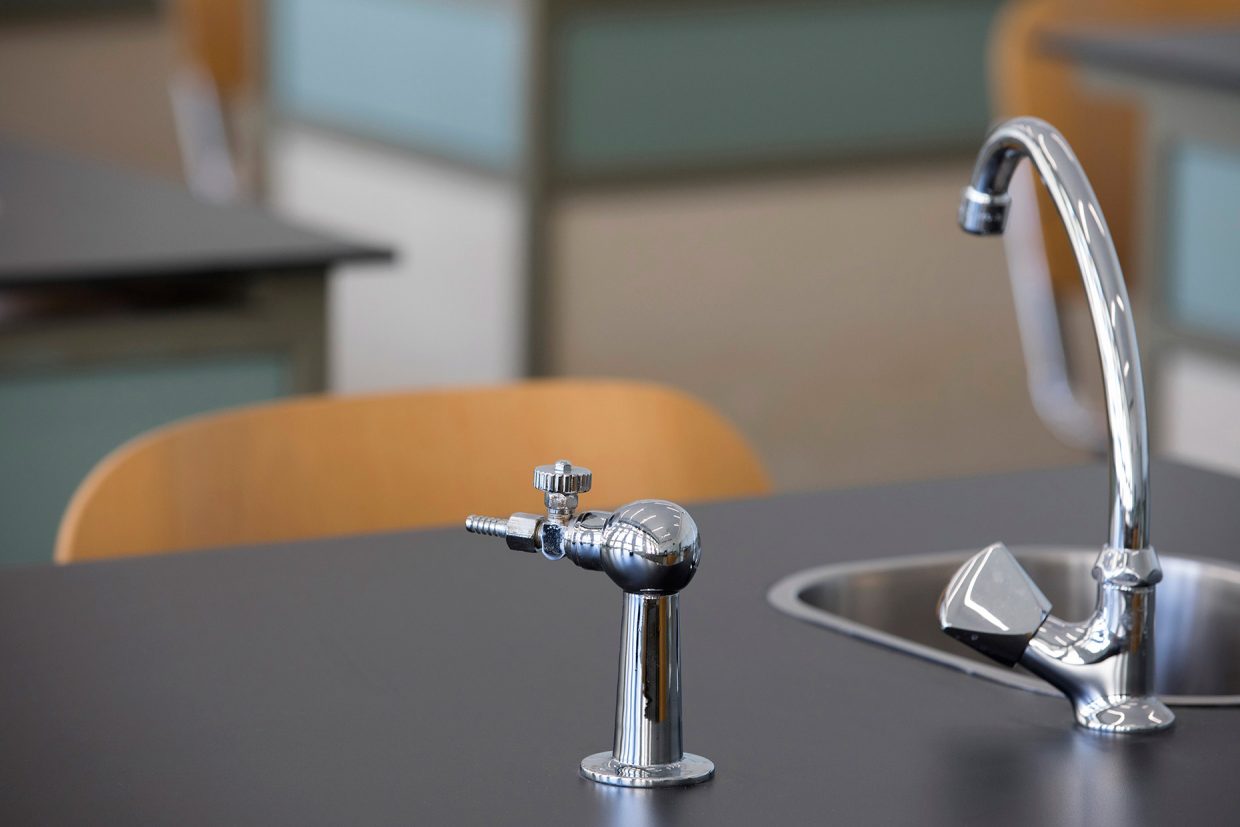 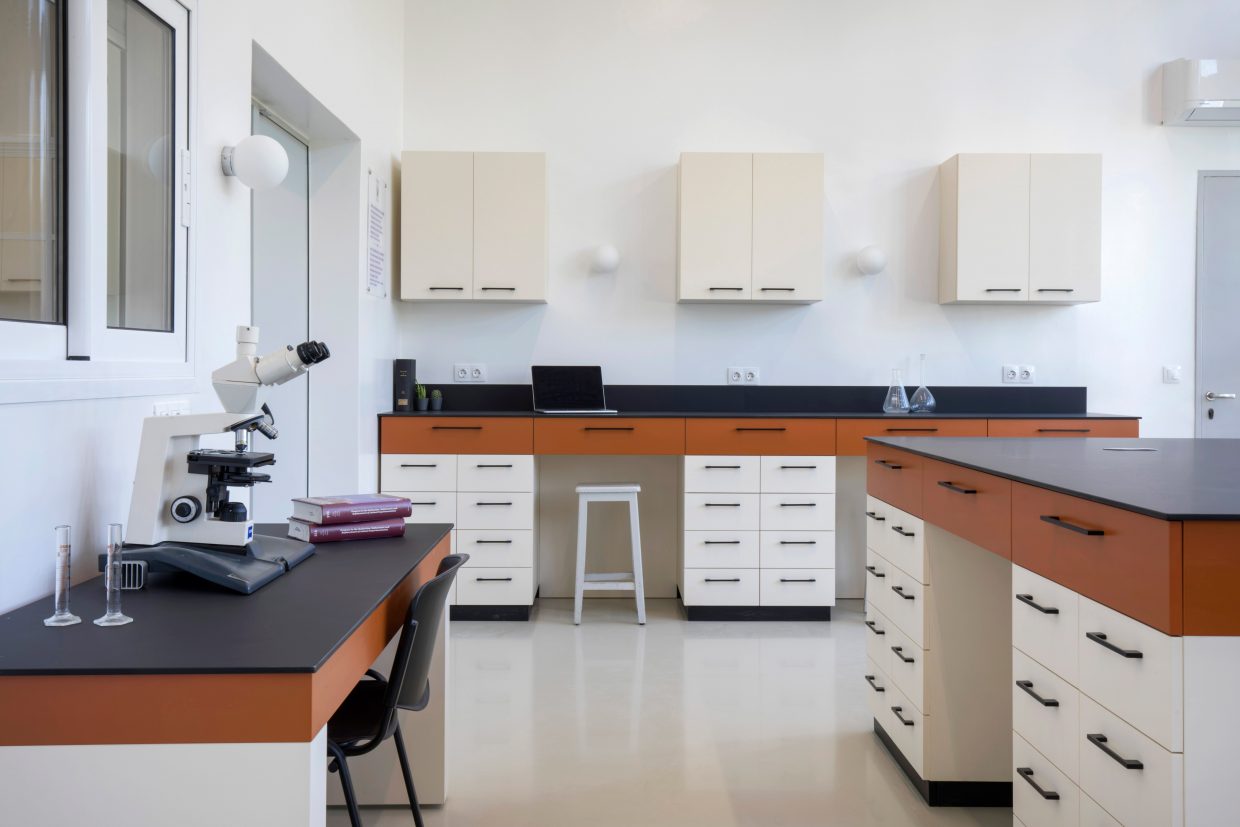 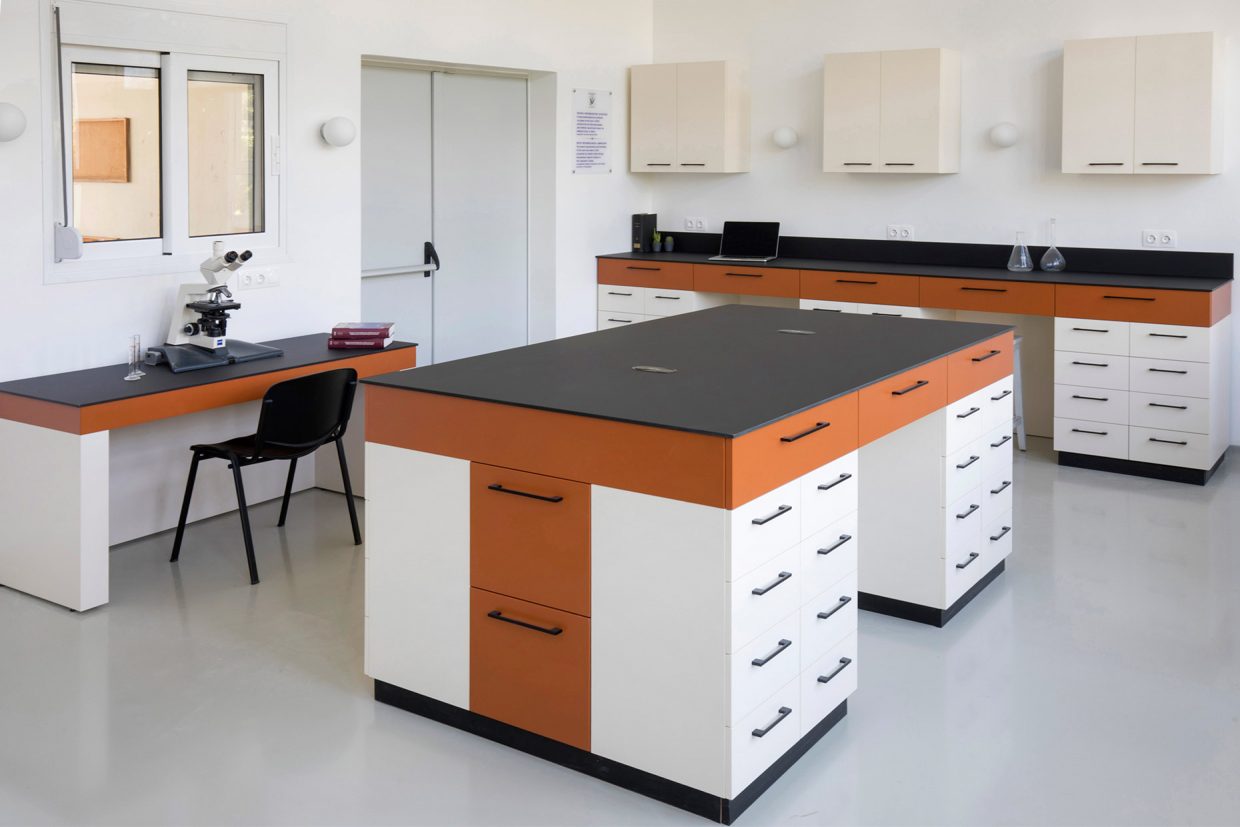 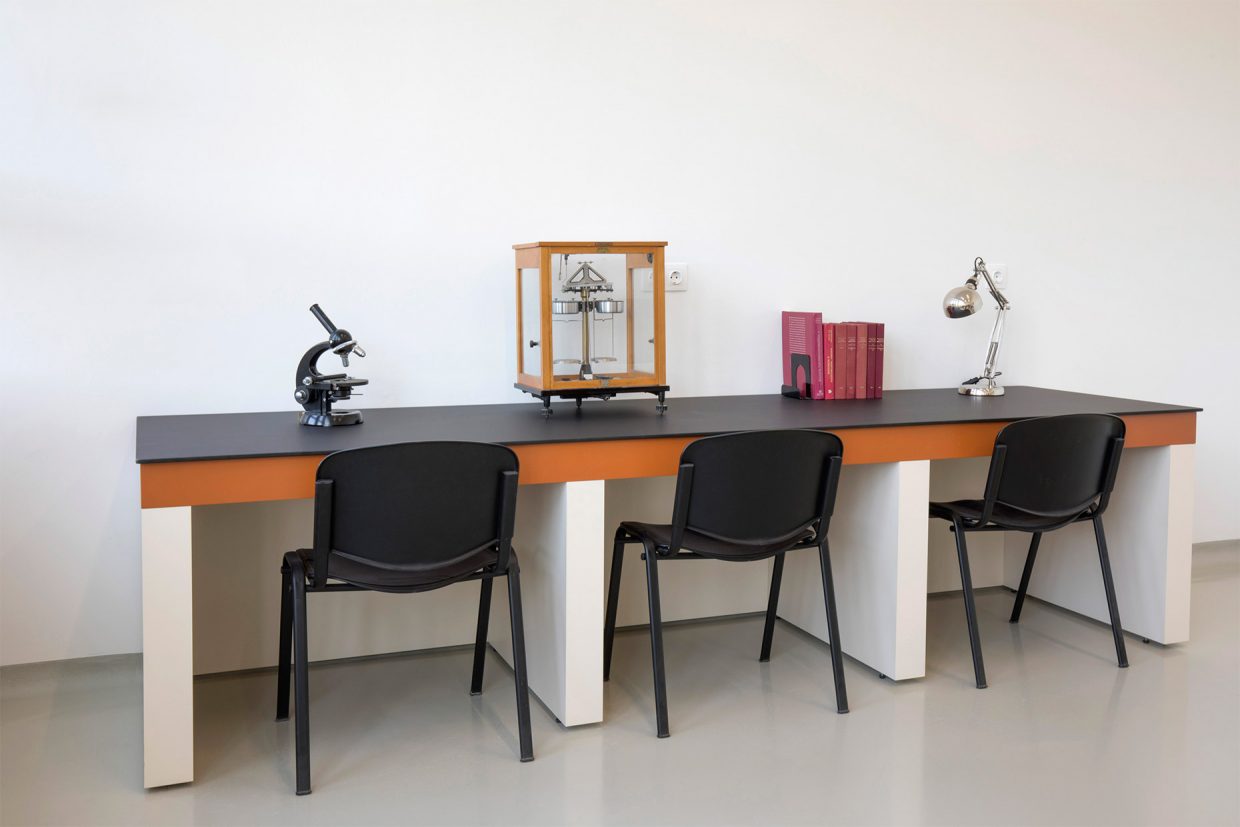 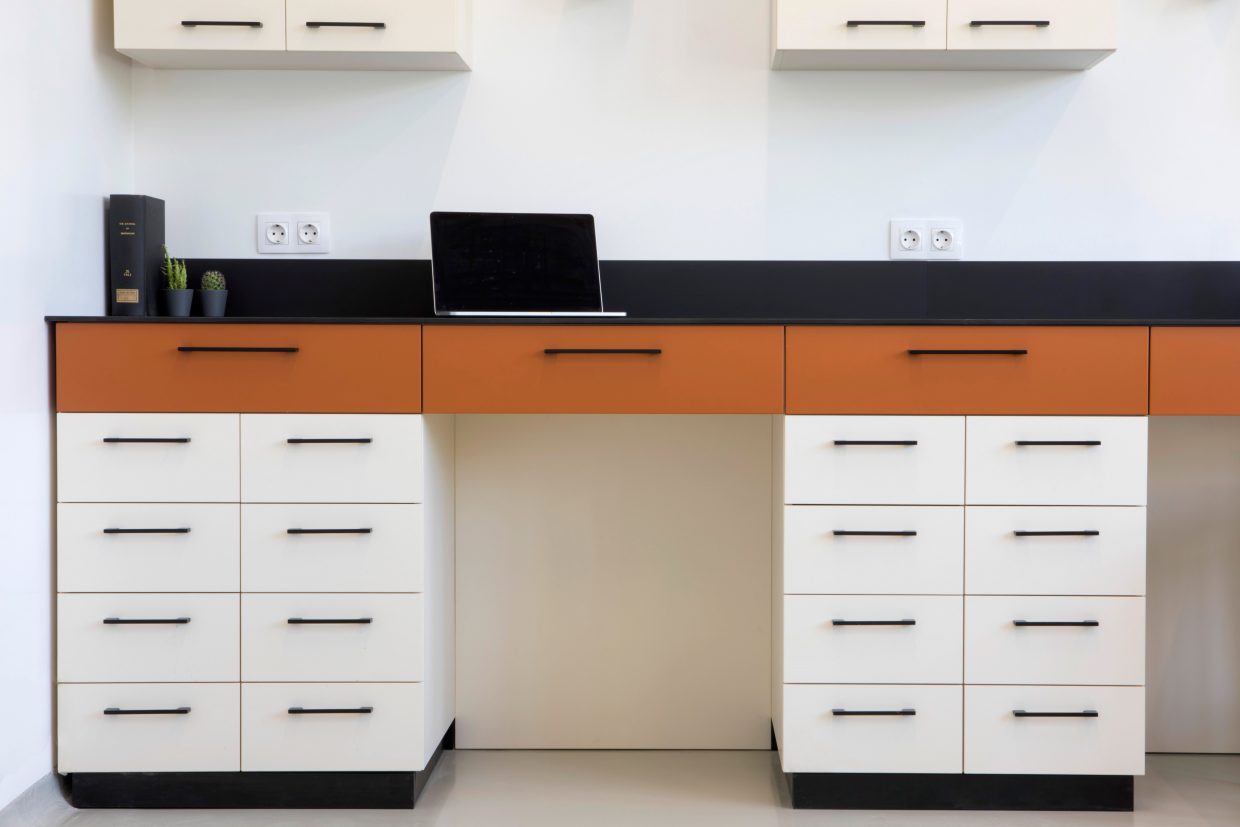 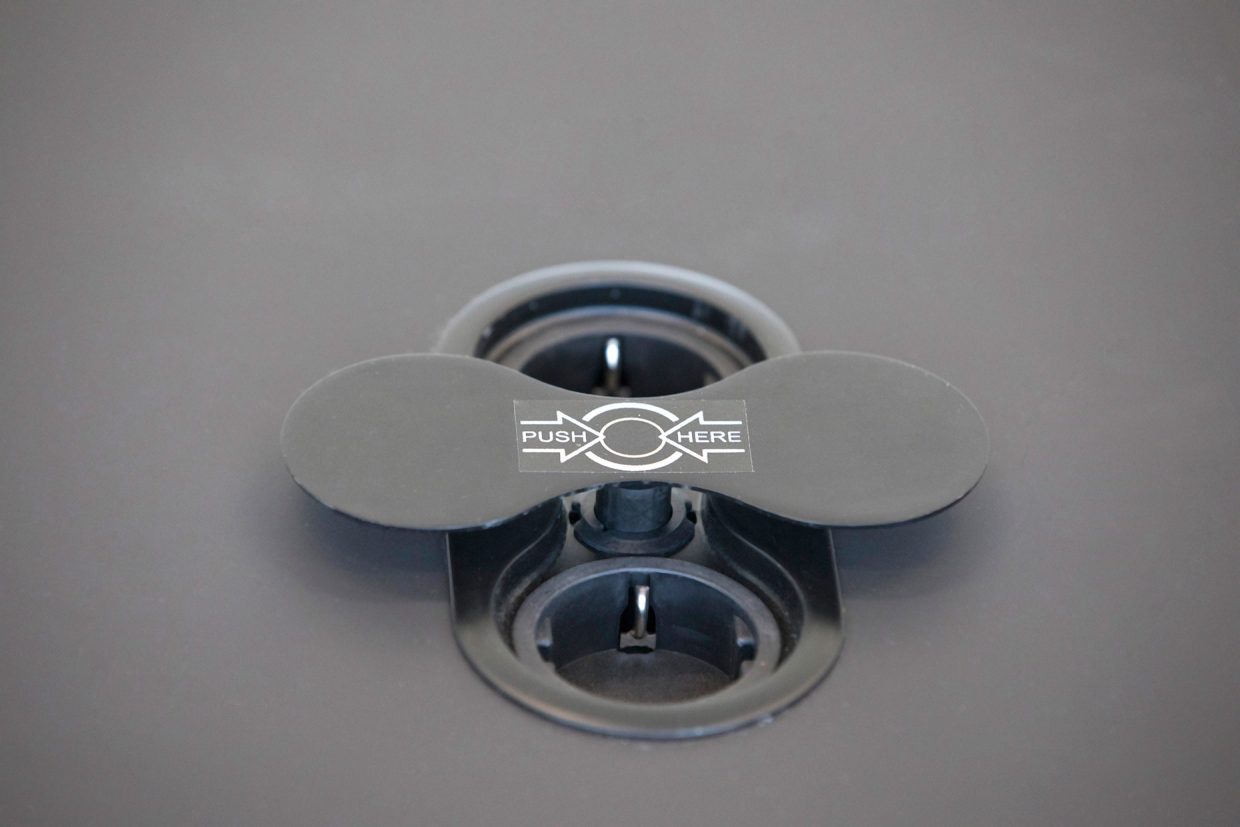 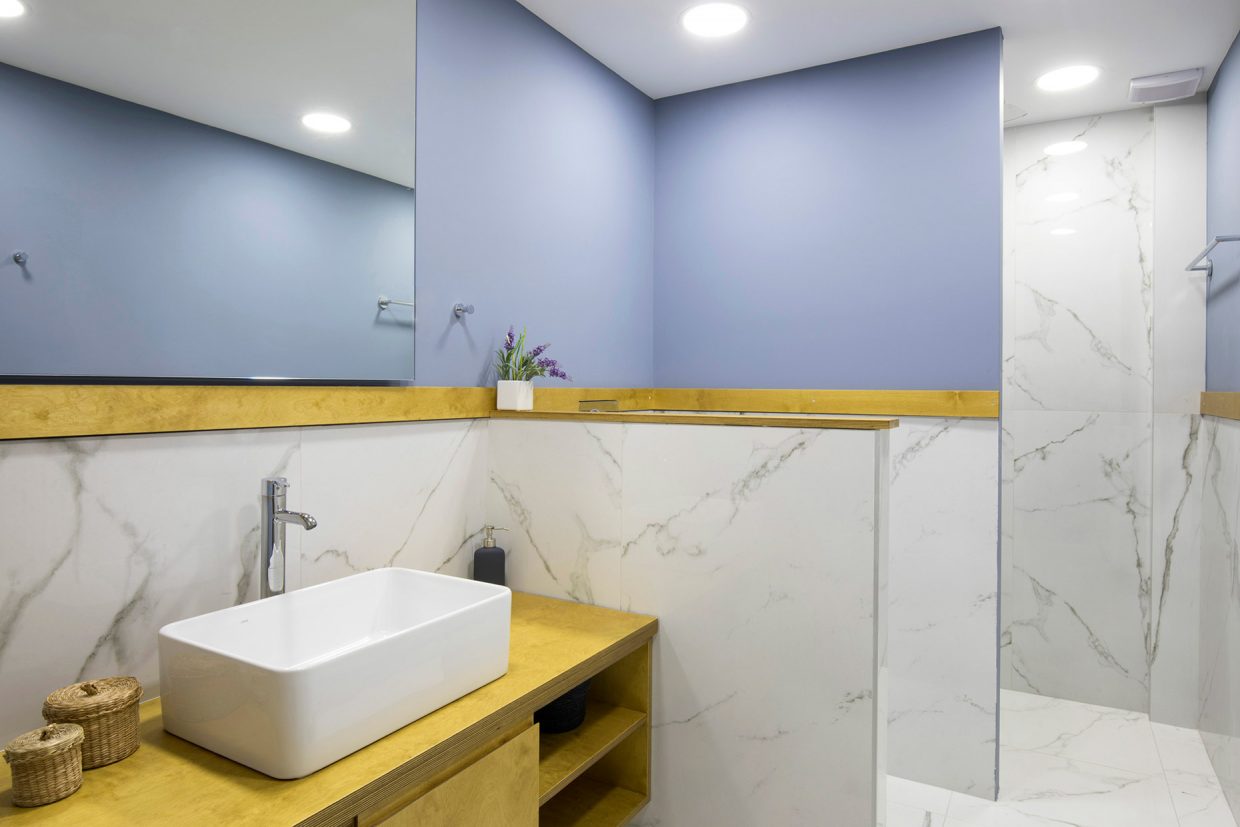 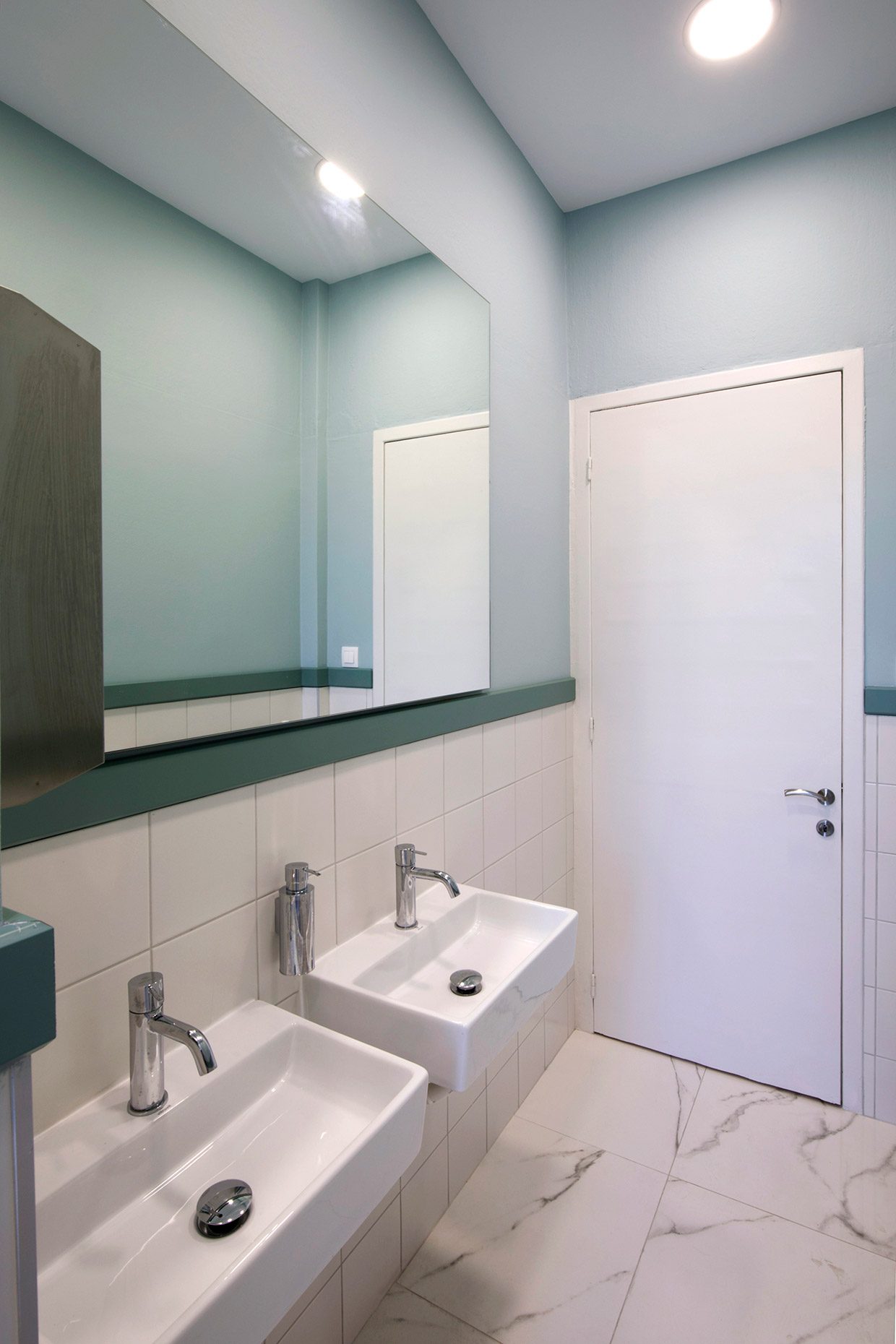 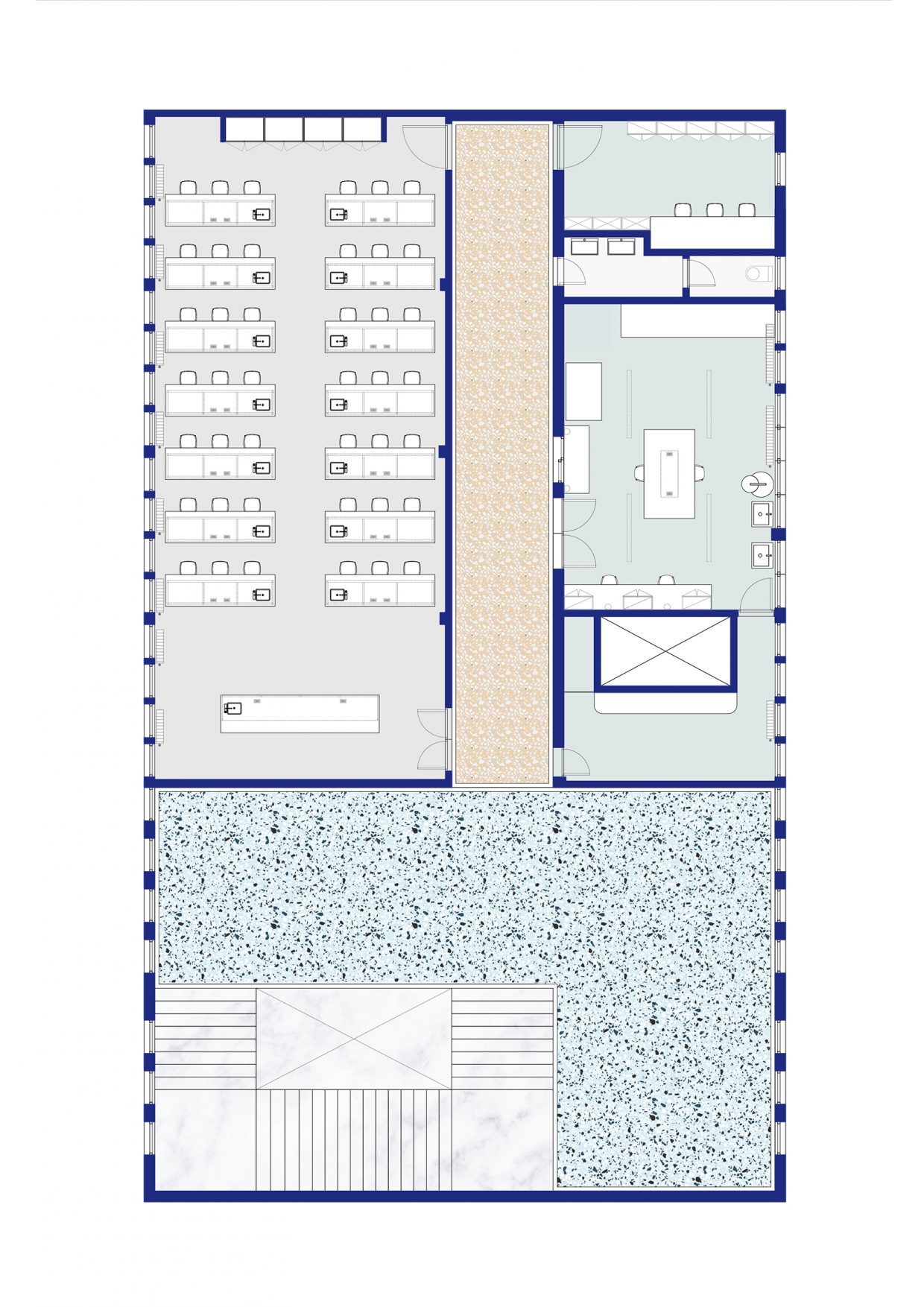 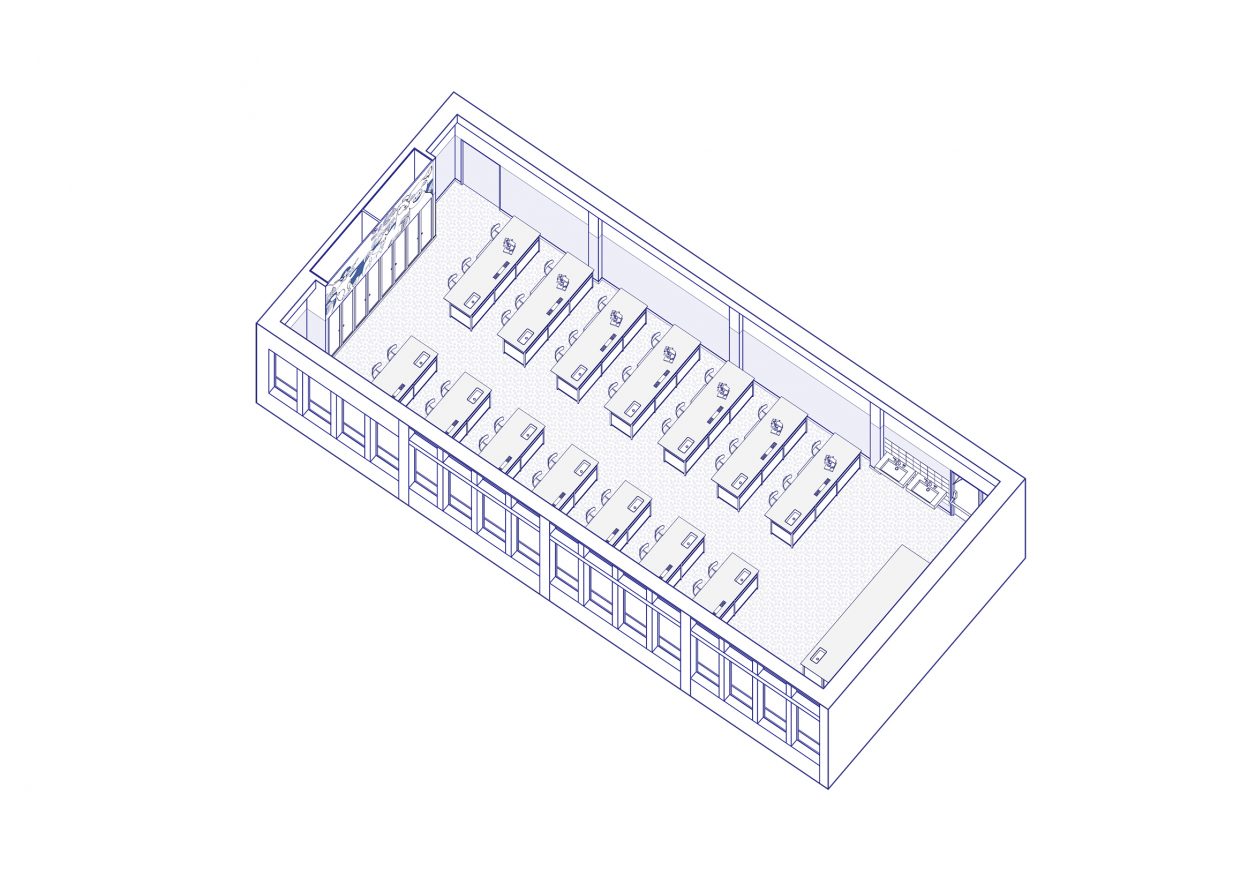 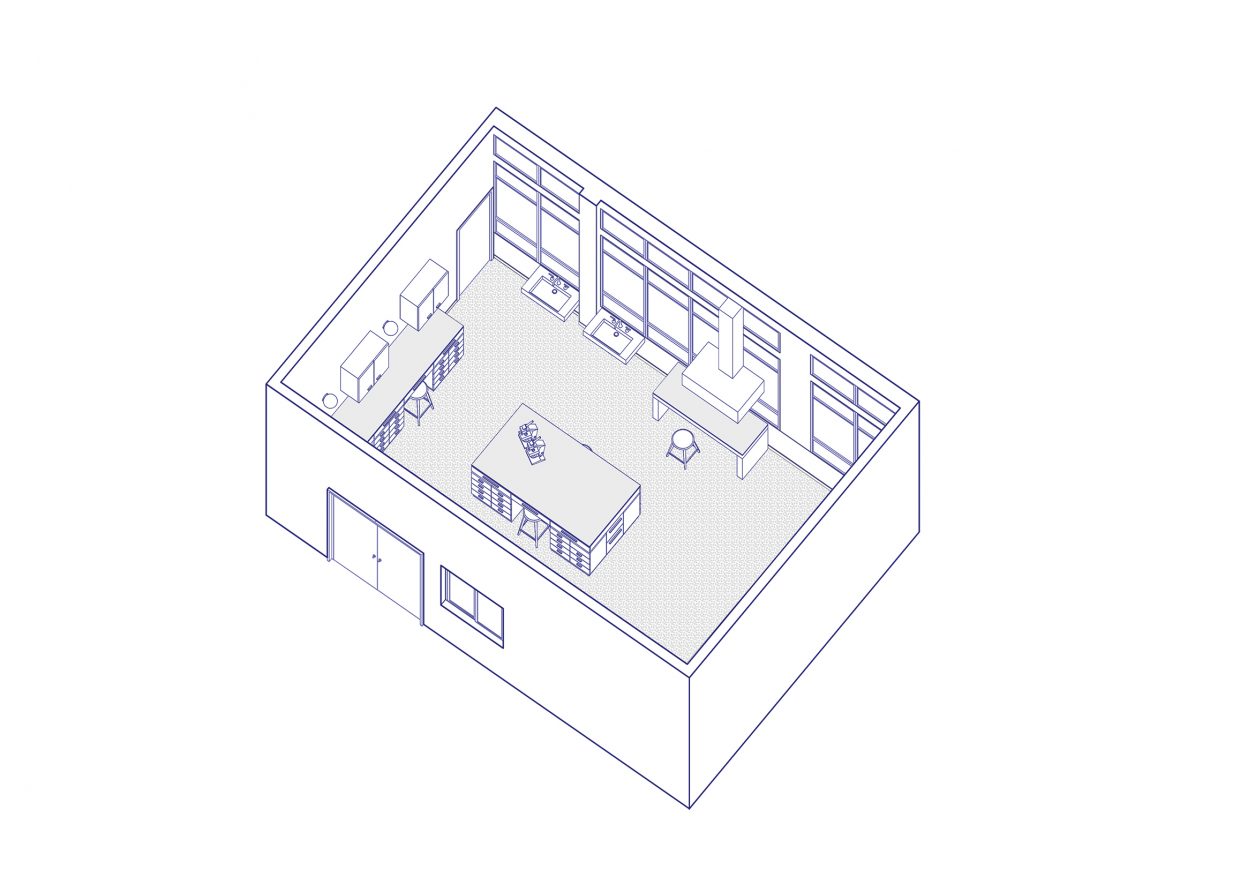